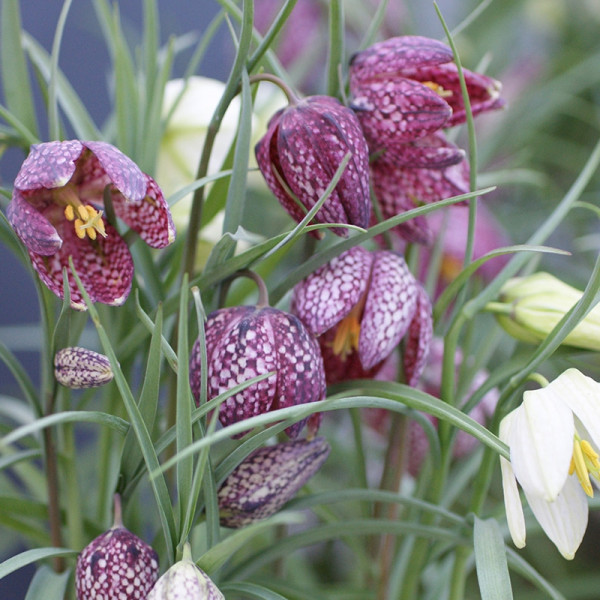 The “snake’s head” (Fritillaria meleagris) grows a 30 cm tall stem with a beautiful, purple spotted clock-shaped flower that elegantly bows its head down, like a tiny lamp post. The name fritillaria comes from the chequered pattern on the flowers (Lat. Fritillus = dice box). In the Netherlands it is hard to find the “snake’s head” in the wild. You might have a chance to spot it in the east side of the country, around Vechtdal and Zwolle. As a field flower, the “snake’s head” can only be seen in Sweden, especially, at the Kungsängen which is a little south of Upssala.

Fritillaria meleagris ‘Alba’ is the white snake’s head, which used to be researched and bred, but with little success. It blooms in April-May and naturalises on its own. It does not require any special care.